Abortion has been a hot button issue since it's legal conception in 1973. Arguments have formed around both the pro-choice side and pro-life side and disagreements on this issue have become as extreme as accusations of murder, versus accusations of sexism.
Recently, the person who caused abortion to be legal, Norma McCorvey died of heart failure, she had went under the fake name, "Jane Roe" in the infamous case, Roe V Wade in which abortions became legalized. She stayed as an advocate for pro-choicers for a while before going through religious conversions and becoming a staunch supporter of life. I, being christian, and pro-life have likened her to the biblical character of Saul, turned Paul. A man who murdered christians for years before having a revelation and becoming one of the most well known christians in history and practically writing half the new testament, in the same way, McCorvey supported Abortions, and even got them legalized before coming to the painful realization that all lives matter, and accordingly became strongly pro-Life.
What a story of redemption, to cause what I would say is the largest mass killing of the century, and then realizing the mistake she, McCorvey, had made, fighting against Roe V Wade till her death. Most humans would have been crushed, to come to the realization that millions of innocent lives were ended because of them would cause an anguish above almost anything else imaginable, but instead McCorvey persevered and fought until the end. Despite her support for the Pro-life movement, the argument still rages on.
The reality of the abortion argument is not whether a fetus is a life, embryology proved that years ago, we know for a fact that around six weeks a heartbeat begins in the fetus, the argument over abortion falls down to whether human life truly matters. The real problem with this is that not all of society agrees with this, the more secular, america becomes, the more society begins to distance itself from the seemingly commonsense prospect that all human lives have value. This harrowing fact manifests itself in the alt left and alt right, for instance, when Richard Spencer was punched in the face by some protester, it was applauded by many on the left. No matter how disgusting the words that exit Spencer's mouth are, no Human being deserves violent retribution merely for the words they have uttered. This is a clear depiction from some on the left on how they put feelings above the well beings of others. When you condone pain being inflicted on someone merely for their beliefs, you no longer ascribe the rights that every human being should inherently hold to that person, and thus you are placing your subjective feelings over that person's well being, and in extreme cases life. It doesnt matter if Richard Spencer says the worst things possible, if he doesnt directly cause violence, he does not deserve any punishment. This same form of placing feelings, or ambitions, over the value of life is what drove Hitler, Mao, Stalin, and now drives Abortions.
Embryology makes it very clear, Six weeks is when fetuses generally develop a heartbeat, almost all abortions come long after those first six weeks. It would be wholly ignorant to argue that a heartbeat does not signify life, A Fetus is in fact a baby and it doesnt matter what stage of life a human that the fetus is at, that being is still human. Something you see in school science textbooks is "the stages of life" in which a cycle shows human life and includes the fetus, and then goes all the way to death, I find it odd that a Country that attempts to claim abortion doesnt kill a living person because fetuses are supposedly not living, would include fetuses as a stage of life in it's Government run, education system. Maybe, just maybe, it's because Fetuses are human, and they alive, and science proves that.
Abortion is based on feelings and falsehoods. No informed Pro-choice advocate can argue that a fetus is a life, so they fall to pathetically weak arguments, let's crush a couple popular ones that I have heard at my school.

1: A Fetus is a life, but not a person.
The argument here is mainly, if a Fetus is reliant on the mother, it is not in fact a life. Morally speaking I have a problem with this, the last time Humans were defining what counted as a real person was slavery, when supporters of slavery made the claim that slaves were human, but not people. It is hugely, no, Tremendously wrong to choose what counts as a human life only when it is convenient to you. Also logically speaking, if the case for why a fetus is not a person is based on the claim that a fetus can not exist by itself, would this not mean that a person on life support is not a person. This argument is logically flawed, all people are reliant on something, food, water, air, there is no person alive that is not reliant on something, and so to say that since a fetus is reliant on his/her mother removes personhood from that fetus is horribly wrong.

2: What if the Fetus might have a bad life
This argument is one I hear all too often. Pro-Choice advocates argue that perhaps some abortions are because if the baby was born, it might be born into a bad area, or might just have a hard life, and thus it is merciful to have an abortion, This of course being a fallback for when the facts hit them that of course a Fetus is a life. This is the most pathetic and inhumane claim ever made, the argument that you have the right to kill someone because maybe their life will be difficult, without that person's consent, or even with their consent, is terribly wrong. Consent seems to be feminist's favorite word, but as soon as it comes to an unborn baby's life, it flies out the door.

3: What if having the child causes mental health problems to the mother.
This argument is undoubtedly to deal with rape victims, which is a very sensitive topic when talking about abortions. Many Abortion supporters will argue that perhaps having the child will be mentally traumatic to the mother, or that being forced to carry the baby is mentally damaging to the mother. Not only are the facts against this, but this also comes to feelings versus life, is it okay for a mother to kill her child to make herself feel better? Let's put this in different perspective, since embryology has shown us that yes, a fetus is a life, what if we put the problem this way, A mother want's to kill her 6 year old son because if she doesnt she will have mental health damage. No one in their right mind would say that killing the son would be okay, and the only difference between the 6 year old and the fetus is that he is further developed than a fetus. Both are human, and both are alive. Another way to put this could be, What if some group of people ran up, attacked me, and chained someone to my back and I was forced to carry them around for nearly a year, would it be acceptable to kill the person chained to me because he is a burden. Of course not, I would be worse than the people that chained him to me if I killed him.

Conclusion
Science tells us that a Fetus is a life, and that it is a human, Morality tells us Human lives matter.
This is all it is, if you ascribe to these two premises, then you must conclude that Abortion is horribly wrong.
All lives matter, born and unborn. 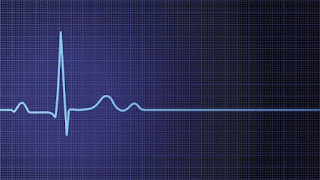