The Neo-Nazi that Loves Israel

Trump has been called many things, Racist, sexist, Bigoted,Stupid, Agent Orange, and many other epithets used to demean him and paint him as the Hitler of the 21st century. However, one attack has stuck more than others, Trump the White Supremacist, Trump the Neo Nazi. Groups like MotherJones have continuously hinted at him being a white supremacist, focusing heavily upon white Supremacist support for him, as well as Neo-Nazi Support of him. The Left has focused on this as if the supporters of someone can show who that Person is. Can the Supporters give a hint of someone's beliefs, Sure, but the fact is Republicans tend to be more patriotic, all studies on this topic show that, Gallup polls, Harvard studies, just to name a few, and love of one's country gets caught up by some in a form of Nationalism. Nationalism is one of the major attributes of White Nationalists, it happens to be in the name, and so the beliefs patriotism and nationalism are related but vastly different and White Nationalism is even more different. Simply being Patriotic does not qualify Trump as a White Nationalist, nor a Neo Nazi. But being Patriotic which is related to nationalism will attract these people. In addition Trump's tougher foreign policy stances attract both patriots and nationalists, Being tough on immigration has many different causes, one cause may be to be tough on Immigration to put Americans first, but another cause may be to halt immigration or slow it merely as an act of Racism, The white nationalists see this through the lens of stopping foreign peoples, Trump sees this as putting Americans first and lowering the damaging effects of large scale illegal immigration. 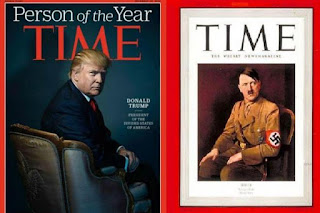 Constantly Media has subtly alluded to Trump being the new Hitler, and some went as far as to draw connections to Trump being Person of the Year, and Hitler being on the cover in the 1930s, because apparently Time had prophetic powers and knew Trump would come and be the next Hitler, these two covers on Time magazine clearly being some great connection. However, Last time I checked, Hitler was not very Pro-Jew. Trump has been an ardent supporter of Israel and has conveyed clearly that he plans to be the most Pro-Israel president that America has had in quite some time. Israel Agrees, for all the lines being drawn between Hitler and Trump, it would seem silly to leave out the Jewish opinion. The fact is that 92% of Israelis believe Trump will be better for Israel than Obama, and even to go further, Only 4% of Israelis believe that Obama was supportive of Israel, according to a study by TSN, taken by Channel 1. I fail to see the clear picture that shows Trump is a neo-nazi, when he offers support to Israel, and is favored by Israel. 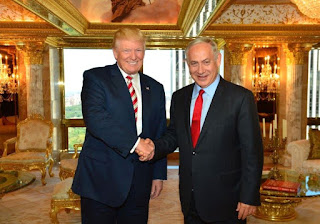