Empires tear apart nations, and America is an empire, and is growing as one. Libertarianism is literally the only solution to corruption, empiricism, and any other restriction on human rights. The belief that Government should be shrinked to have a minimal impact on people's lives is the most effective belief, yet it's nearly impossible to win an election on that ideology because too many people are obsessed with the idea of free stuff and libertarianism promises personal responsibility, but the fact is that a libertarian government not only would effectively end the empire, but a constitutional libertarian government where we give the power enumerated to the states back to the states would have the added benefits of first of all, alleviating the debt as the government budget would be shrunk and taxes could be lowered to a degree which still creates a surplus, Roe V Wade would be shredded and go to the states instead of the unconstitutional enforcement of all states having to abide by something that under the tenth amendment, should have been a state law anyways, the war on drugs would go to the state's, Schools would go to the states, Libertarianism solves all of these problems, yet People would rather receive free stuff then save america. Libertarianism is the idea that people live the life they want to, and the concept that the government should actually follow the constitution. No more malicious restrictions on our rights, the second amendment is safe under libertarianism, no more raises in taxes, in fact there's more money all around, Inflation slows to a near halt since there is no need to print massive sums when the government is spending trillions, businesses flourish as long as antitrust laws are enforced, The nation is no longer forced into wars when there was no declaration of war, and the nation is better off. 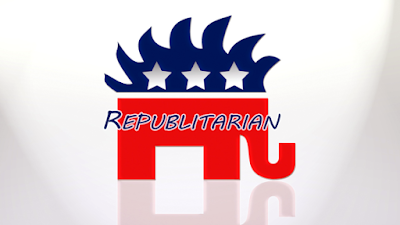 In fact, People always worry that we are going to elect a fascist President, or that the government is going to go tyrannical, what can the president do if he/she has so little power that he/she can't possibly abuse the American people.
Labels: America Constitution Freedom Libertarian Liberty Opinion Philosophy