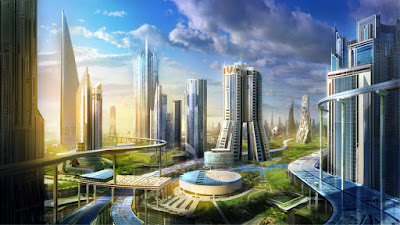 A fixture that has been long believed in American Politics is the simple belief, Communism is a great idea but wouldn't work in today's world. This misconjecture has been watered and nurtures so much that it seems like common knowledge to average Americans, deeply implanted in the American psyche.
This of course seems odd, it's a bit of a far cry from the old days of "Better dead than red", it seems as if people have given into the idea that Communism is just some beautiful thing that we should strive to achieve in the future but as of now fall short. How did we go from heavy anti-Communism, to a society that covets the very thing we despised.
It really falls down to far left propaganda. While the propaganda spewed from the left does not necessarily raise up communism, it seeks to smear the idea of capitalism. People like Michael Moore attack the idea of Capitalism all the time, however, they never will attack the ideals of capitalism but rather things like monopolies that form only when the government fails to do its duty in terms of regulating monopolies, the fact is, the only time Monopolies form is if there is no antitrust laws, or if Crony-Capitalism is present. With Crony Capitalism, Governments service the highest bidder which leads to larger companies having vast advantages over small companies that can't afford to lobby at the same level as companies such as Amazon, or Walmart. The idea to attack things that are attached to an idea is a very normal thing for democrats. In the same way as Democrats will never openly attack capitalism but rather attack things that Americans connect to capitalism like big business, Democrats will admit that Trump is president at the same time as calling the electoral college delegitimate and forcing everyone to focus on Russia 24/7, The Democrat party knows quite clearly that if you break all the support columns of someone or something, it will fall apart, thus they attempt to legitimize capitalism by showing Americans results of crony capitalism and then linking it to real capitalism, in the same way they attempt to delegitimize Trump by attacking the electoral college, and in doing so, attempting to show that if the electoral college is not the correct way to elect people, than Trump is "not my(our) president".
But saying our Capitalism isn't real Capitalism sounds just as idealistic as saying the Soviet Union wasn't real Communism. The difference is two things that make a large difference.

1
Effective Capitalism requires laws to be enforced, Communism requires everyone to be perfect. Capitalism really boils down to the idea, you make what you deserve, Communism is you deserve to receive everything and no one should be more successful than someone else. Seems sort of familiar to Schools taking away first and second place in favor of everyone receiving awards.
While Capitalism requires anti-trust laws to be enforced and the government not to accept covert bribes( Campaign funds, donations to foundations(Clinton Foundation), Government bonds), We all know Governments are notoriously bad at following rules or sticking to merely protecting citizen's rights. This all boils down to the size and power of a government. Without meticulous observation from citizens, government will always grow, as I show in my article "Establishment Lies". The larger a government grows, the more power obsessed it becomes, it becomes habitual. In the same manner that skipping school once makes a student more likely to try again, gaining power once gives the Government more willingness to grasp for more power, and it takes every chance it can get. If you haven't noticed, every national disaster in recent history has lead to government growth, 9-11 led to the Patriot act, Literally every school shooting created or was used to boost Gun Control, Airport security becomes more invasive with every terrorist attack, Government surveillance has gained disdainful acceptance as people barely put up a racket when it turns out the CIA is spying on them. This all leads to a precedent in which the government looks to past events and repeats them, each time gaining more power, if one shooting allowed for more gun control, why not use another. First it was Automatic firearms, now the government pushes for semi-automatic weapons. To restrict this, People have to be alert, education has to teach people to monitor the government, not praise it and look to it for benefits. "Ask not what your country can do for you, but what you can do for your country" should be hammered home. This may seem idealistic but if there had been public education at the time of our founding fathers, i'm sure they would have approved. It really comes down to two things in this case, A stricter constitution that restricts growth of government, and a public focus on keeping the government in check. This isn't idealistic, it just calls on people not to be wholly lazy, even if half of Americans participated, this would definitely put a chain on the Government's mad dash to statism.

2
Communism requires people to be perfect. All people must be working at a level that produces net gain in order for the government to be able to provide everything for everyone. With America's workforce rate at 63%, it just goes to show that not everyone is going to work for all their worth. Not only does Communism require perfection from people, but it promotes antithetical ideals. Not only are people required to work as hard as they can, but the receive no inspiration to do so anyways, in fact, receiving free things regardless of your effort is detrimental to work ethic, Free benefits subsidize low work ethic.
In the words of Ben Shapiro, Capitalism is basically "forced altruism", you have to give someone something cool so that they give you something in exchange, if you don't work to produce, you starve. This sort of system leads to rapid advancement and economic booms, this is precisely the reason that while in 1980 the Soviet Union had a population of 290 million versus the almost 230 million of America, the USA had a Nominal GDP of 2.862 Trillion versus the Soviet Union's 1 trillion.


Conclusion
Capitalism Promotes hard work, Communism promotes laziness, Capitalism Promotes innovation and effectiveness, Communism promotes stagnation and poverty. There is a reason you will never read a great novel about some dystopian future in which a small government is oppressing everyone. Almost all dystopian models are Socialist futures in which the government seeks to make everyone "equal" in terms of no citizen being more successful than others.The fact is that the idea of a Utopian Big government society is unsustainable. If a person is corruptible, a government is, and thus at some point or other, every communist government will become corrupt. In a capitalist society with small government, corruption has tiny effects and the people are stronger than the government and can make change.

Some will argue that Perfect Communism is without government but I would mention that is impossible. If Perfect Communism is without government, that necessitates voluntary giving of all produce from each citizen which would mean that rather than a Communist society, that society would merely be an Anarchist Capitalist society in which people donate, and of course people would probably choose not to donate, and since there is no government, people would not be punished, but Communism requires people to give all their produce to society as a whole and thus people who refuse are required to be punished and therefore government is required in communism. An anarchist- communist society is mere fiction, it is as impossible as a married bachelor.
Labels: Capitalism Communism Left Opinion Philosophy