The responses, for the week of April 9th, are surrounding the recent situation over Gorsuch's nomination to the US Supreme Court. The nuclear option is a procedure available to the US senate to override the supermajority precedent (60 votes) to a simple majority (51 votes) to end a filibuster. Was it necessary and justified for his nomination? 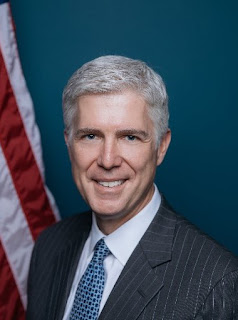 The Use of the Nuclear option perhaps sets an extremely dangerous precedent. As the Founders intended, the confirmation of supreme court judge should be a non-partisan action that is merely based on the merits of the nominee in question, however this does not translate well into real life. Presidents throughout history have nominated Justices who share a similar political viewpoint in the hopes that their agenda can be enacted and not blocked by any supreme court ruling. The fact is in today’s world, it would be nearly impossible to appoint a moderate to the supreme court, not that a moderate wouldn't be passed through, but because of the careful balance that needs to be held. There is clearly a partisan lean to how Justices are nominated and confirmed, This is Exactly why Garland was blocked, Republicans wanted a Candidate that would replace their constitutionalist leaning Scalia, Not a moderate like Garland which would lead to the Supreme court being skewed to the left, however now with the nuclear option invoked, no longer will there be any restraint to how bias a Justice is. So while Sides certainly pick a justice to fit their views and that is unavoidable, The nuclear option breaks one of the few remaining walls that blocked outright partisanship and so the decision to break that wall was a dangerous one for the GOP to make.

This is in way trying to say Neil Gorsuch shouldn’t have been passed. The Record of Neil Gorsuch’ career clearly displays that there should have been no reason to invoke the Nuclear option, Neil Gorsuch had a stellar career where his rulings were almost always in the majority. If there is anything that could be noted from his run as a Judge, it would be clear that he makes his rulings not off of his own opinions but off of the law, and he made that very clear during his hearing. You constantly saw Democrats like Al Franken and Dianne Feinstein asking questions that were more about how Neil Gorsuch felt about something, rather than if he would apply the law fairly, which he clearly does. Out of Thousands of rulings, only one has ever been overturned by the supreme court, That is an incredible accomplishment for any judge, and the fact that some democrats cared more about how Gorsuch felt, than the fact that he is clearly a judge of great integrity who actually rules in the majority with the Republican and Democrat nominees 97% of the time, and rules in the majority overall 99% of the time, clearly shows the Democrats need to think about what the actual rule of the court is, and that is to interpret law, not block laws if they don’t “feel” good about them, Neil Gorsuch has a history of making judgements without bias, without personal feelings, and with the sole intent of interpreting the law as it is written, and there is nothing wrong about that. He easily deserved every senator’s vote, and it is a shame the Nuclear option had to be used to pass him.

As the New York Times put it in 1995, the filibuster has become a tool of “the sore loser” in modern ages. Although as a liberal leaning individual who clearly won’t agree with all Gorsuch has to say, I must agree that this is the case. It is quite clear that in this case the Democrats are the ‘sore losers’. In Gorsuch’s confirmation hearings, many questions surrounded Merrick Garland, Obama’s pick for Scalia’s seat. Although I personally would have been in favor of Garland over Gorsuch, Garland is now irrelevant. It was in fact argued over by Joe Biden himself when he was a senator in 1992 that should a vacancy in the Supreme Court arise in “full throes of an election year”, the next justice should be determined after the election. So as was the case for Bush, so is the case now. The Democrats’ filibuster merely puts off the inevitable, which is for a conservative justice to be seated on the Supreme Court. Even if Gorsuch was not confirmed, Trump would have replaced him with someone else who the Democrats still would have not supported. Essentially what I am saying is although the Democrats do not like Gorsuch, they will also not get what they want so there is no point to put off Gorsuch’s confirmation and leave a vacant seat without sufficient information or proof that he should not be confirmed for some reason outside of his political views. It was in 2013 that Obama actually criticized the senate republicans for doing this to his judicial nominees. During this time and for this reason, the senate democrats also invoked the nuclear option and changed the senate rules to allow for the use of the nuclear option with presidential appointees.
In conclusion, it is justifiable for the Republicans to invoke the nuclear option as the democrats will never be pleased with Trumps choice and what the democrats hold against Gorsuch is simply due to his political views and leftover frustration and bitterness that Garland was not selected. Although the nuclear option has never been invoked for a Supreme Court nomination, this is not a reason to call its use unjust. This is especially the case as the Democrats made exceptions for their own picks five years ago. Because of all this, the republicans have the right to do the same thing.