Skip to main content
Posted by Sean Pereksta May 24, 2017 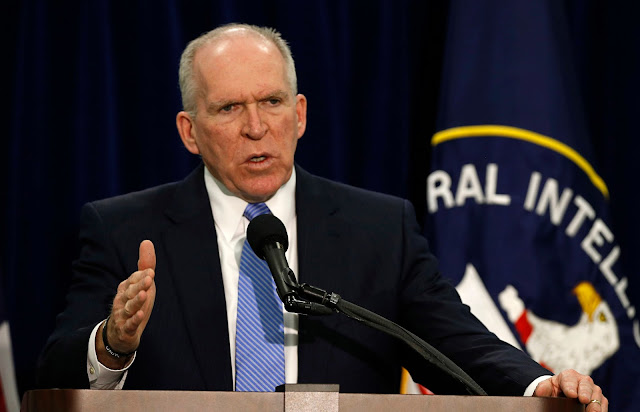 John Brennan testified at a House intelligence Committee meeting on tuesday morning. Here is what CNN quoted from this meeting. "I encountered and am aware of information and intelligence that revealed contacts and interactions between Russian officials and US persons involved in the Trump Campaign that I was concerned about because of known russian efforts to suborn such individuals. It raised questions in my mind about whether Russia was able to gain the cooperation of those individuals". Pretty damning stuff, literally according to CNN. "This Brennan quote, in particular, is damning".
So we get from CNN, at a House Intelligence Committee meeting, a man testified that Russia tried to contact individuals in the Trump campaign. I thought we knew this for awhile, but wow, Scary. This seems pretty damaging to Trump which led to all sorts of media outlets putting this narrative out. This exact same part of the testimony is what The New York Times picked up on, once again picked up by another CNN article, and also got put out by NPR, Democracy Now, and many others. The Quote from John Brennan that I put above is the only quote that CNN used in the first mentioned article. What you are about to read is so damning, so revealing, and so horrendous that it will shock you. Except, it's not about Trump, its what else John Brennan said. As you may remember, I already stated that the first mentioned quote is the only one used by CNN in that article, except, this is what John Brennan said next, literally right after the quote they used.

"I don't know whether or not such Collusion -- and that's your term, such collusion existed. I don't Know." -John Brennan, 2017.

Furthermore, CNN happily disregarded this quote.
" ...I don't do evidence..."
This is John Brennan responding to Trey Gowdy asking whether he has evidence. John Brennan goes on however to say this.
"and we were uncovering information intelligence about US persons and the Russians. And as we came upon that, we would share it with the Bureau."
What does this mean? It means that if they found anything meaningful, Trump would be facing charges right now, or the News would be exploding with actual evidence. This means there is no actual "damning" evidence of Trump Russia Collusion.

To sum all of this up in a way that the Mainstream media conveniently chose not to, John Brennan first states that all information goes to the Bureau which would mean if anything illegal had happened or if there was evidence of collusion, it would be out by now. Then John Brennan goes on to say, after the quote that CNN cherry picked, that there is no evidence of Collusion and he doesn't know if there was collusion. CNN purposefully attempted to deceive its audience into thinking there was actual evidence of Trump Russia Collusion when in fact we have no evidence yet, That is lying at its worst, CNN is putting out fake news.

Literally all we get from this Testimony is that there is no evidence of Collusion... CNN, NPR, Democracy Now, The New York Times, and all the others indulging in this deceitful Cherry Picking. How incredibly bias are these media sources? They intentionally cherry pick information, they intentionally fabricate a narrative, and continue to emphasize a story that has no evidence yet. To put it plainly, the mainstream media deserves no audience whatsoever.

If there was thing Trump was right on, it's the Mainstream media. 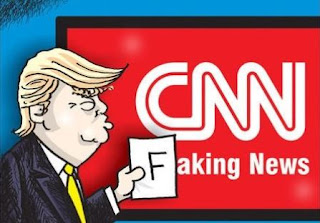