Skip to main content
Labels
Posted by Sean Pereksta May 22, 2017

Down to the serious stuff. Trump has been threatened with impeachment, "what for" is a question many may ask, and it is indeed a good question. In reality, perhaps many of those pushing for his Impeachment may not know why, but deep in their hearts, the reasoning is there. Deep in their triggered hearts that is.
There were two Questions asked today, first, "should Trump be Impeached?" and second, "Does the Media treat Trump fairly". These questions were asked to two communities on Google+, the clearly right leaning Fox News community, and the also clearly left leaning Democracy Community. Let's get right into the news!

With the combined totals of the Two Communities, this is what the chart looked like. While there was a clear majority saying No Trump should not be impeached, it is important to note that this is the combined totals, the Fox News Community is vastly more active, and has far more votes in this total and so it is certainly skewed to the right.

This is the Individual communities with separate graphs. 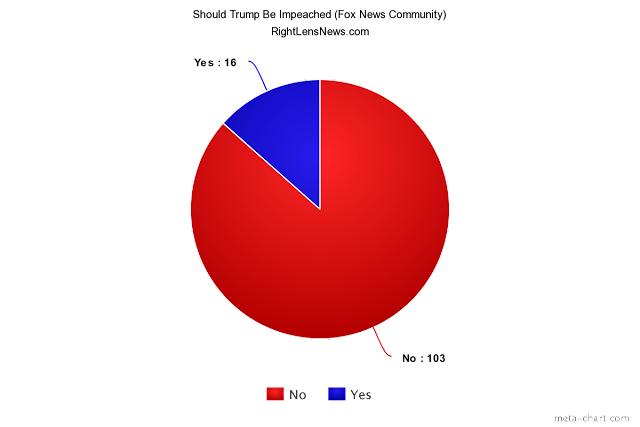 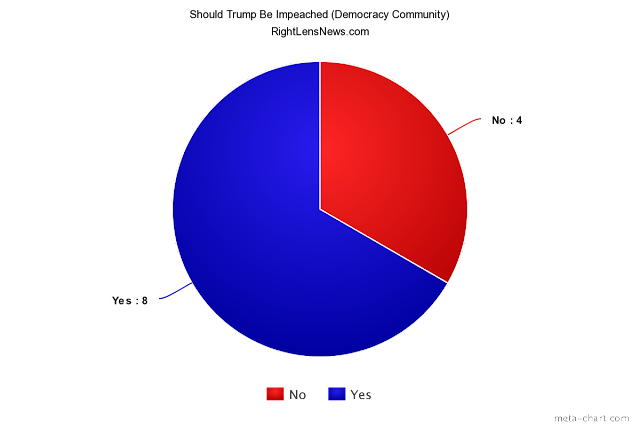 Certainly there is a vast Partisan divide, the Left and Right don't agree on many things, and this certainly is one of them. About two thirds of the Left support the movement to Impeach Trump, compared with about a little over one tenth of the Right, according to this polling.

Another poll I conducted asked members of the Fox News Community if they felt that Trump was Treated fairly by the Media, here are the results. 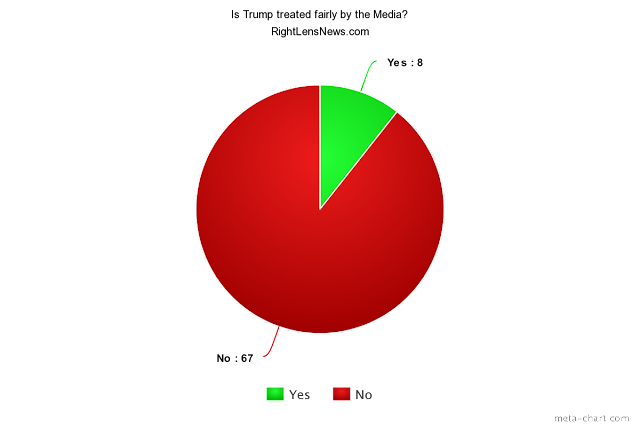 Apparently, the Fox News community feels that Trump doesn't get treated fairly by the media, Shocking.

First of all the conclusion that we should get from the shockingly high percentage of left wingers that want Trump impeached is indeed shocking because this majority is calling for the impeachment of a president purely based on their biases, not the fact. There is no evidence whatsoever which links Trump to anything remotely impeachable, yet the Democracy Community still calls for Trumps Impeachment. Certainly Emotion is at play here, and a lack of tolerance for other ideas is leading to a vast number of left wingers wanting to take apart anything that doesn't line up perfectly and totally with their point of view.

Fox News viewers don't seem quite so swayed by the Mainstream media which disproportionately attacks Trump to the tune of negative coverage being on a 4-1 ratio with positive news. 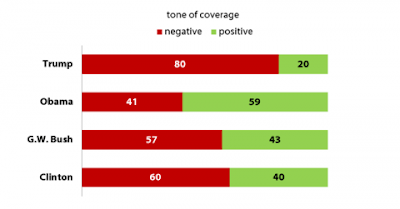 I find it hard to believe that over half of what Obama did is somehow positive but 80% of what Trump does is negative, the two are at least on equal planes when it comes to the negativity of their actions.
Fox News viewers seem to agree with this sentiment, decrying the clear and blatant bias of the mainstream media. This sort of negativity towards the mainstream media not only translates to a stronger support for the outsider, Fox News, but it also translates into a stronger support for Donald Trump, since they perceive him as a man under siege by the nefarious insiders.

Clearly there is a split between the Right and the Left on this matter, one rightfully saying that there is not enough evidence yet of anything, in fact there is no evidence of anything, thus impeachment should not even be a consideration as of yet, You can't just impeach someone because you disagree with their politics, that would set one of the most dangerous precedents in American History. The other of course doesn't much care for Trump and while there is no actual evidence of Trump and Russia collusion, they still use that as the hammer with which they hammer away at Trump.
Labels: GooglePolling