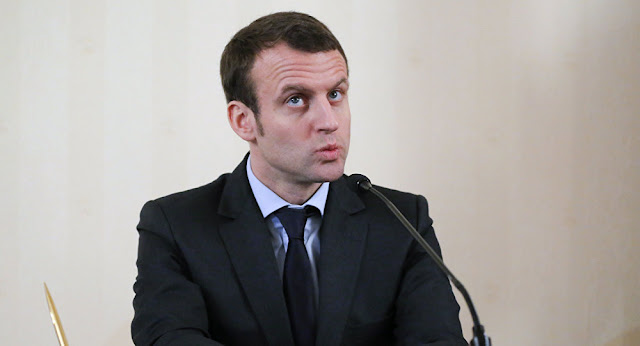 French president Emmanuel Macron decided it would be a great idea to mock President Trump over his decision to leave the Paris Accord. Aside from clearly failing to recognize the obvious and unfair burdens the agreement placed upon the USA, Macron thought that somehow mocking a president of a nation that is vital to France's security and economic well being was somehow a good Idea. In a video parodying the video put out by Trump that reasoned why the US should leave the Paris Accord, Macron tries to counter unarguable points.

The first thing Macron does is to turn around the phrase "The Paris Accord is a bad deal for America" into, "Leaving the Paris Accord is a bad deal for America and the World", This still angers me because Trump isn't abandoning the Climate Change fight, he is merely stating that he wants to negotiate a Deal that Treats America fairly, and has nations like China, who almost doubles America's emissions, actually contribute and cut down on emissions. For some reason or another, Macron can't accept the simple premise that perhaps the Paris Accord is not perfect, Whether it is because he is to Stubborn or prideful to let go of a bad deal, or if he actually has malicious intent in which he would like to see America's role as the world leader diminish, I cannot tell.

To continue his assault on common sense, Macron tries to counter the concrete fact that the Paris Accord would lose America "6.5 million industrial sector jobs" including 3.1 million manufacturing jobs, by stating that companies like Exxon Mobil, and Microsoft disagree. I honestly don't see one logical reason as to why big international companies that have jobs all over the world and would be benefited by less spread out competitors taking hits from damaging regulations are somehow credible sources. It makes not the slightest difference what Exxon Mobil says, studies show America will lose 6.5 million jobs from the Paris Accord, Perhaps Macron doesn't care about that, perhaps he is so elitist that the thought of common people losing their jobs doesn't matter to him, but Trump for whatever reason, whether it be genuine concern, or just concern about his Approval ratings, would rather not see 6.5 million Americans lose their jobs. These two things should be held as truths, A president should represent his people, and a President should not trust Exxon Mobil over actual studies from reliable sources, Macron has apparently shed both those obligations. Furthermore, as I lay out in this linked article(what if, Paris Agreement), The concern is not only damaging America's Economy, but also allowing China's economy to eclipse America's, I lay this concern out very clearly in the aforementioned article.

The Trump administration lays out a very good point in the next segment of the video where he states, "the Obama Administration pledged 3 billion to the green climate fund without authorization from congress". Yes, this is good reasoning, of course Congress should have to authorize 3 billion being spent before we give it to some random fund. Furthermore, is it not ironic that under the Paris Accord, China doesn't have to pay anything but America does. If we are fighting Climate Change, why does this Accord do everything in its ability to let China do as much damage to the environment as possible until 2030. So of course Trump's reasoning is correct, Congress has a say in American spending, as Congress is made up of elected officials, and some foreign elitist has no right to tell us what we should do with our money, And after this reasoning, Macron somehow thinks that saying 3 billion is less per capita than nations like Germany and Sweden are paying is a logical reason. Us paying less per capita than another nation is not a reason for the US to buy into a deal without authorization from Congress. From reading this, either Macron has no idea how the USA works, or he just has strongly dictatorial tendencies, but whatever it may be, Macron should not be mocking Trump for saying the Government should be ran as it is laid out in the constitution.

Trump's next point is the point that pushed me to agree with him as well, he states that the deal is badly negotiated and gives China free pass. It's completely true, China does not have to donate to some green fund, nor do they have to cut down on emissions until 2030; The paris Accord gives an unbelievably huge economical advantage to China, which is not a nation to which we should be handing over Economic leadership in the world. Macron counters this by saying, the Paris accord makes all nations "contribute to it equitably". I'm sorry Macron, that's just not true.

As a final point, Trump points to MIT research that states the Paris Accord would have a negligible effect on the climate, it might just be me thinking this, but could it be do to the fact that China doesnt have to do anything differently and they double the closest nation in emissions. Macron says, at least it's something, yes, something that unfairly targets the US while allowing China to build up, its a terrible deal. Macron does not manage to counter one single point from the Trump administrations video, it's pathetic. And even still, the most important thing we should remember is that Trump clearly stated that he wants to negotiate a different climate change deal, I don't know why Macron is targeting this video at Trump as if Trump said he doesn't want to fight Climate change, it appears that he does. 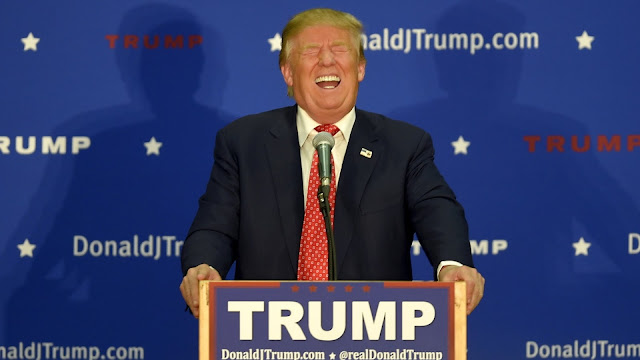