Headlines after Comey Hearing, How about New York Times lied 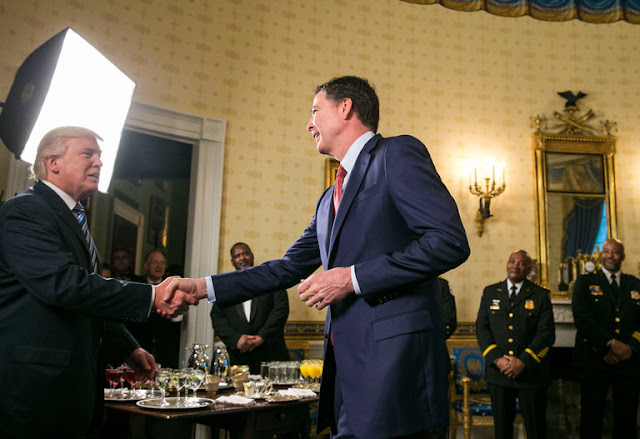 How funny, what is it that the Democrats have been pushing? Trump obstructed justice? Isn't that what this hearing was supposed to prove?
Comey was supposed to go out there and tell us all about how Trump had specifically told him to stop the Russia investigation, but instead, the headline on all the major news sources is "Trump Defamed Comey". How interesting that no one is talking about the narrative that has been pushed for weeks. CNN, MSNBC, CBS, they gave us smoke, but it turned out all that smoke wasn't indicative of a fire, it was indicative of the weight of their words, completely meaningless, weightless, and utterly false. The Mainstream media wants to talk about how Comey was defamed, or Trump "lied", They certainly don't want to talk about the complete lack of evidence for everything they have been peddling. And how interesting that the headline today isn't, New York Times put out fake news. It turns out that Trump Russia Collusion isn't factual, its theory and speculation, what is factual is the fact that the New York Times, as reliable as they are, has purposefully mislead the American people by putting out news that Comey stated "was not true".
In reference to the New York Times, Comey said "The challenge is that people talking about it often don't really know what's going on and those of us who actually know what's going on aren't talking about it".  Fake News confirmed? But of course, CNN doesn't want to focus on that, it doesn't go with the narrative. These overly bloated, elitist, propaganda machines, are to embarrassed to admit the fact that everything they predicted about the Comey hearing was wrong, and now all they can do now is focus solely on the negative towards Trump, which was the supposed defamation. The thing about that is that Defamation is not Trump-Russia Collusion, In fact what we did hear from the Comey hearing, and something the Mainstream media knows, and many americans don't, is the fact that Trump was never personally under investigation, but know, let's all talk about impeachment.
Accurate Headlines for Comey Hearing
"New York Times Fake News"
"Trump never under personal investigation"
"No New Evidence of Obstruction"
"Comey Says Trump Defamed him"
All of those are somewhat accurate, you can bet which one the mainstream media went for. They all leapt aboard the last and perhaps least important one. The fact is, nothing incriminating came out about Trump, and the Mainstream media was hoping they could get something, so now all they are doing is putting out more smoke when there has never been even a sighting of a fire.
It turns out that the only Media Source which I would consider a major media source, that even mentioned the fact that the New York Times lied, is Breitbart. Rest assured, the New York Times, which is doing coverage of this, definitely did not mention that.