Libertarianism Resonates with Youth and the Constitution 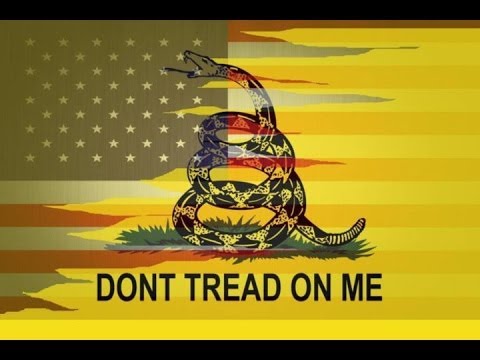 The Republican Party has made a name for itself as the Party of patriotism, conservatism, and constitutionalism. The evidence is clear cut on this matter, even going to a 4th of july event makes people more likely to vote republican according to this study, and even more incredible, just seeing the American flag can push people slightly more right for quite awhile! It's obvious Republicans have made a name for themselves as being patriots, so why not act it?
Sure that's a very incendiary comment right there, implying republicans don't act Patriotic, in saying this, I don't question the love for their country that is so prevalent in the Republican party, I myself plan to register as a Republican voter when I turn 18. Rather, I question the actual adherence to the beliefs that founded this country. Fighting for the first and second amendment is good and all, but what about the other bits, what about the idea of "don't tread on me". The Tea Party, a clearly far right movement adopted this sign, almost all Tea Partiers are now Republicans, yet for some reason, the Republican party resonates far more with pushing Traditionalist ideology in policy, than in pushing libertarian ideology in policy.
What I am advocating here is not abandoning the Traditionalist viewpoints that form the Conservative Ideology, but rather, I am advocating that just as we would wish for the government to stay away from our guns, that we should keep the government out of other's beds. You don't need to abandon your ideology just to believe that you shouldn't force your beliefs on others. According to a Pew Research poll, only 1/3 of Republicans support legalizing gay marriage, this is compared to over 60% of the general population who do support legalizing gay marriage. Why? Why should Republicans be against what someone else does in their own bed, the only reasoning for this would of course be religious, yet even in christianity, the main religion of the Republican Party, we don't see an order to force others to comply with our beliefs, but rather a willingness to give people the free will to decide how they would spend their own lives. Not only is this sort of Ideology hypocritical as the Republican Party wants a smaller government and as a whole, supports the Don't tread on me Ideology, but it is also off putting. If the Republican Party wants to truly represent the Constitution, it can't continue to push its morals in policy, by this I don't mean stop the fight against abortion or anything of the sort, but instead, stop the implementation of policies that don't actually prevent damage to people.
What I mean by this is that in fighting Abortion, Republicans are fighting what they/I perceive as the killings of innocent unborn babies, however, in fighting gay marriage, Republicans are not fighting for anything other than the repression of others to do what they want in their own life, it doesnt protect anyone from anything, it just makes people not vote republican.
How many millennials would vote Republican if it were not for traditionalist views that Republicans force on others through policy. Millions of people resonate with Republican economic policy, but when it comes down to whether people want a lower business tax, or whether they can marry the person they want to, it can be very deterring to have to take a bundle in which if you vote for a good fiscal policy, you also have to vote for someone else's moral beliefs.
What I would advocate for is a Libertarian Republican Party that truly adheres to the "don't tread on me" Ideology, and says, Keep the government out of my bank, bed, business, and bullets. I would advocate for a Republican party that doesn't put off millennials by saying we don't want gays to be able to marry, but rather a Republican party that taps into the powerfully libertarian beliefs of the younger generations that say "don't tell me what I can do with my own life". This form of the Republican Party is the type that picks up upwards of half the Millennial vote, a Party that only puts off socialists, rather than putting off all the people who simply think people should do as they please in their private lives, is a much more popular party.
Labels: Opinion