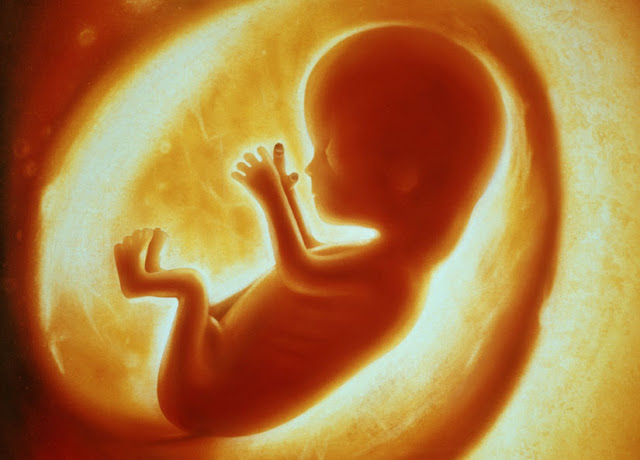 A picture of something that the Pro-choice community would have you believe is not worth a human life. (it is a human life)

I am sick and tired of the many angles that abortion is approached from. You have arguments ranging from support for child's life, to people saying it's the women's right to choose. This of course creates a massive problem because there is literally no room for discussion, either you are against a baby's right to life, or you are against a woman's right to choose. It is indescribably annoying to debate anyone on this topic because for me, as a pro-lifer, it always comes to the other side crying sexism, something which I have to dismantle again and again.

I have said time and time again, that the argument of abortion is not about sexism or women's rights, but an argument over how much life truly matters. This of course is immediately attacked by many on the pro-choice side as they struggle to come up with arbitrary definitions of what life is, or when it begins. Indeed, seeing as Pro-choice people are generally liberal, and largely democrat, it is laughable to see the "party of science" arguing against life beginning at conception. "No place for pro-life democrats", yep, the "pro-science" party is so pro-abortion that if you are pro-life, you don't have any place in the democrat party. Now to go in opposition to the "Pro-science" party, Science has been very clear for sometime, at conception, a zygote is formed which is the developing human, it is definitionally life.

Now with the fact that life begins at conception established, a large amount the arguments tossed against pro-lifers are completely shredded. Quickly we come to an argument of morality, the science is clear. One argument that comes up all too often is, yeah it's life, but it's not a person yet. I've debated with people that have had this idea many times and it's always disturbing to see the democrat party playing that game in which it gets to define the value of a life, a quick dive into history will tell you it's not the first time democrats have tried to define the value of a human life. It is a horrible tragedy that in this day and age, People still seek to create definitions of what makes a human's life matter, when it is beneficial to them.

It should be an agreed on fact by all civilized people that every human's life matters. Most importantly, not only in the case of abortion, but in all things, people ought to think of precedents and what sort of risks those precedents set. When we decide it's okay to kill a baby because it's beneficial to us, simply by convincing ourselves the baby's life does not matter yet, there is something horrible and cruel in that, but even more so, it sets a precedent in which we can begin to overrule the right to life purely by our own arbitrary standards of what makes human lives matter.

Indeed, once you clearly state the science, there is no Pro-choice argument that holds up under the scrutiny of science and morality. Hillary Clinton stated she wants abortions to be "safe, legal, and rare", something that many have jumped on as silly. As I have already stated, this is whether life matters or not, nothing else. If Hillary wants Abortions to be rare, that is admitting that they should not be a common action, yet if abortion doesn't kill a baby, who cares? Isn't that the main argument, the fetus is not a baby? Either it's not a baby and anyone can get an abortion whenever, or its a baby and abortions should be only in the case of a mother's life in danger, there is no middle ground, so when Hillary says "Safe, legal, and Rare", it really begs the question, Why is rare necessary if you don't believe a fetus is a life? The statement "Safe, Legal, and Rare" inherently admits that Abortion is not a moral action because it is called to be rare, meaning something unpleasant is happening, yet if there is anything wrong with abortion that requires it to be rare, that would require the fetus to be viewed as a human life, which of course is scientifically true, Hillary's little phrase is inherently at odds with her view, unless she just supports the execution of fetus(babies) at the mother's whim.

In fact, if you have a pro-choice argument, please, Please state in the comments below, I promise that I will respond to every pro-choice argument that I can. And one more little rhetoric tip for you pro-lifers, Call the fetus a baby, it's scientifically true, and it triggers people who would dehumanize the unborn by calling them fetuses, a term that doesn't have any significant connotation.

Think it's odd that I keep comparing abortion and the dehumanization of fetuses to other acts of dehumanization, like slavery? Well Ironically enough, Abortion is very much tied to racism, or it was when it began becoming commonplace in America. Remember Margaret Sanger, the great fighter for Abortion? Yeah, she may or may not have been active with the Ku Klux Klan, and perhaps she was a supporter of eugenics. Okay, I will admit it, she was both active with the KKK, and a Eugenicist. According to the Washington Times, this was in a letter that Margaret Sanger wrote to an ally "We do not want word to go out that we want to exterminate the negro population". Of course this seems ridiculous, sure Sanger was a racist, but she wasn't successful, Right? Well, Since 1973, 25% of the black population, or what could have been the black population, has been aborted. While black women only make up 13% of the population, they make up over 30% of the women getting abortions. It truly is interesting, the Left makes a big deal when Black people are overrepresented in arrest statistics, even when there are other factors at play, yet we come to a situation like abortion, where black people are literally dying, vastly overrepresented, and what do we get, silence.

Now one thing Pro-Choice supporters love to say, What if it was rape? Interestingly, that shouldn't really matter because the baby didn't cause the crime, it's not necessarily just to punish a third party for someone else's crime,sentence the rapist to death, not the baby, but none the less, just how irrelevant is that argument? Well according to Johnstonarchive.net, Abortions due to Rape or incest make up between 0.5% to 1% of abortions, most statistics put it even lower than 0.5%. Yet somehow 1% of abortions, is supposed to legitimize all abortions? Florida records every reason for an abortion, and horrifyingly, despite having the opportunity to give any reason they saw fit, 92% of people could not give a reason for why they were having an abortion. "Safe, Legal, and whenever you want", perhaps would have been a better slogan for Hillary.