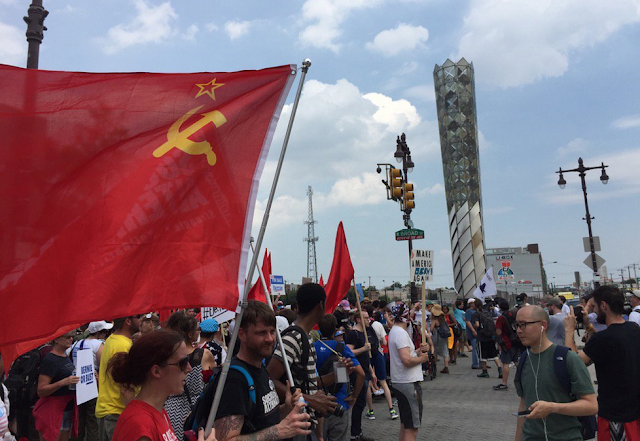 According to a Reason-Rupe poll from 2014, a full 43% of Millennials had a positive view of Socialism. This is compared to 52% of Millennials that prefer a working and growing economy, otherwise known as capitalism. At least Millennials aren't underwater as of yet, although a 9% difference is rather odd, especially since most of these millennials took this poll over their phones which they ironically bought through the market, a market which incredibly produced this incredible technology without government control.

You may ask yourself, how do an entire 43% of millennials completely ignore history, or even the present, with the economic failure of nations such as Venezuela, or the stagnation of Europe. But before you get too dismayed, just remember, it's okay. Sure 43% of Millennials like a philosophy that has lead to more death in the 1900s alone than both world wars combined, but hey, at least they don't actually know what socialism is.

Now Millennials are certainly the worst generation, no doubt about it, but even our wise middle aged Americans had trouble with the astoundingly complex question of "define socialism". Only 30% of Americans over the age of 30 could define socialism. If normal Americans are that ignorant, surely the "anti-Science", "ignorant", Tea-Partiers will get absolutely trounced by such an IQ-intensive question. Wrong... The Tea-Partiers passed with an 57%, which in school is not passing, but seeing as the rest of the class failed, perhaps there will be a curve.