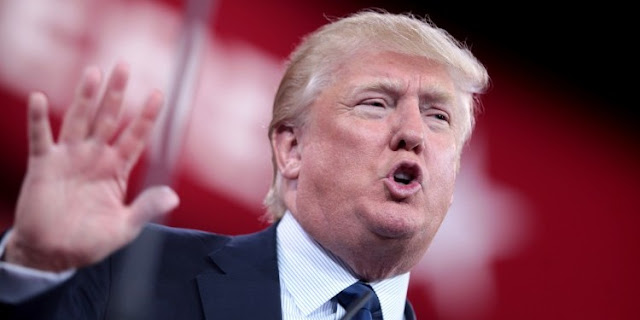 Today, July 26th, 2017, Donald Trump announced via Twitter, a new policy in the military. "...the United States government will not accept or allow transgender individuals to serve in any capacity in the U.S. Military" -Sincerely Trump. Now obviously there is some pretty bad optics to this, if Trump thought being called an islamophobe was bad, he ought to be ready for the transphobe accusations. Clearly there is only one way that the mainstream media will take this, it will be fully negative coverage of how Trump barred a whole group of people from serving their country, The whole goal of the Media will be to take this action and paint Trump as the worst bigot ever to enter office.

In my opinion, this is wrong in certain clear ways. Trump's reasoning for the ban is as follows "Our military must be focused on decisive and overwhelming victory and can not be burdened with the tremendous medical costs and disruption that transgender in the military would entail." Obviously that makes sense, The Military shouldn't be paying millions a year for Transgenders to get surgery, if so, whats to stop people from joining merely to get free surgery. And perhaps there are ways that Transgenders would cause a disruption, certainly their living arrangements would be difficult to lay out. Yet I feel there is a huge flaw in this decision, I don't think that Transgenders should be banned just because we can't pay for them, I think if they haven't gone through surgery or already have, and they don't expect anything of the Military aside from serving their country, they should be able to serve. Sure there may be some difficulty in arranging Living spaces, bathrooms, or other places where transgenders would differ from those of their prefered gender, but I think there is far more difficulty for the Transgender who is willing to lay down years, and possibly their life, defending their great nation, than some upper levels people to figure out how to create a layout that allows for little "disruption". It is apathy of the worst kind when people would rather ban a large group of people than figure out how to give them an opportunity to serve in the military.

That said, there clearly is some problems with Transgenders serving in the Military that make this decision by Trump far from black and white. Firstly, There are clear physical requirements based on gender. Men and Women have different bodies, and what might make a Man out of the realm of healthy service, might still allow for a Women to make it into the Military. This means of course that Transgenders might be able to join the military under their gender preference, and serve, despite their actual body being unfit for service because they made it in under the requirements of their gender preference, but their bodies physicality might not have been sufficient for their biological sex. This of course is a rare problem, but it is a very real one that would pose difficulty to the army. It leads to the second issue which is probably the largest issue. Obviously the best solution to the first issue I mentioned is just to base the physical requirements on biological sex, but then what. If requirements are based on biological sex, than the transgender must also stay and train with their own biological sex, this clearly could cause "disruption".

Due to these issues, there are certainly other ones that I failed to mention, the issue is not nearly as black and white as i'm certain, many in the media will make it seem. I don't agree with this decision by Trump to ban transgenders from military service since I believe firmly that anyone who wants to serve their nation should be able to in some capacity, however I also can see the reasoning behind the decision. Certainly the Military experts and generals that Trump consulted, thought deeply and seriously before this issue, I would be more than doubtful that this was based on the mere fact that transgenders are transgender. When making a decision this large, the Military experts and generals must have looked at all things before deciding and whatever your feelings on this matter may be, it definitely does fall into a grey area.