Number of mass shootings per year.

Today, politics has adopted a dangerous tactic of utilizing tragedy as a club to beat those who would not support surrendering their own rights into submission. No matter what your political leaning, it is a fact that citizens have the unalienable right to keep and bear arms, which the government may not infringe upon. Yet upon every mass shooting, we see an attempt by many on the pro-gun control side to limit that right, calling it to dangerous for people to be able to keep semi automatics.

After the Las Vegas shooting, in which an illegal to purchase firearm was used, an outpouring of anti-NRA sentiment was unleashed from the left. Hillary deplorably jumped to immediately to criticizing the NRA, stating what an even larger tragedy the shooting would have been if "the shooter had a silencer, which the NRA wants to make easier to get". Not only is the fact that Hillary immediately jumped to her own political views after a shooting occurred bad enough, but she also appears to have a complete lack of knowledge when it comes to Silencers, which clearly she believes are so amazingly efficient that they make all the sound of a gun just magically disappear.

Hillary is not the only one jumping aboard the Blame the NRA train, Salon released a wholly disgusting article in which it claimed that in order to "honor the victims of las vegas", we must "take on the NRA". Once again, it is important to state that the automatic firearm used was fully illegal to purchase, Automatic weapons have been banned since the the Firearm Owners' protection act of 1986. While students in America's school system might be hooked on the idea of it being cool to break the law, via drugs, apparently America's left has found a new hobby in being cool by decimating the law.

By utilizing shootings, the American anti-gun lobby has forced Pro-Constitution members of society into a corner in which anyone who doesn't go along with the frankly ignorant banning of semi-automatic firearms apparently does not care about the victims of Las Vegas, or any other mass shooting. This form of politics is not only dishonest, but it is degrading to America as a whole. You can be pro-gun rights and still care about victims of shootings, in fact pro-gun rights people are all too often the reason there are less victims of shootings. The fact is that Gun owners halt more crimes each year that would likely end in death, than shootings occur per year, by a vast, vast margin. in 2011, NCVS found that Gun owners halted around 108,000 crimes in 2011 alone, however this study is misleading, not in how high its numbers are, but in how low they are. Due to the nature of the survey, NCVS found not how many crimes were halted altogether, but merely how many crimes were ended via force. in the 1990s, Gary Klark and Marc Gertz found that somewhere around 830,000-2.45 million crimes were halted each year by gun owners, this number varies so much based on whether you include how many times criminals were deterred by Guns being present. These colossal numbers are in comparison to the average 8000 shootings a year, which actually is down, as is most all violent crime. 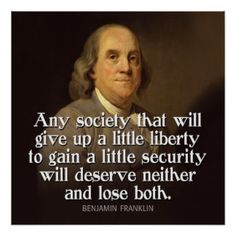 In fact, despite the narrative that Guns equals mass shootings, the opposite is true. While houses with guns has slowly went down as a percentage of the American population, Mass shootings have skyrocketed. No one could possibly make a coherent argument that Gun-ownership levels in america is somehow positively correlated with Mass shootings, the opposite is clearly true, although the factors for it being so are probably more tied into mental illness than gun ownership.


In fact, I will pose a simple question, if Firearms are to blame for shootings, why on earth are we jailing drunk drivers. Clearly it was the car and not the driver! Just as the inhibited senses of the driver are dangerous for a driver and result in other people's deaths at times, the inhibited senses of a mentally ill person with a firearm may result in other people's deaths. This is of course why it is illegal to sell firearms to mentally ill people. It is no more logical that all Trucks be banned in europe since they obviously can be used as a weapon, often more effective in their vile usage by Terrorists, than firearms, than Firearms be banned in America. Firearms deter more deaths than they cause, a net positive in the tens if not hundreds of thousands, Firearm ownership is a constitutional right, and Firearm ownership is not linked at all to Mass shootings, Mental illness and culture are linked to mass shootings. 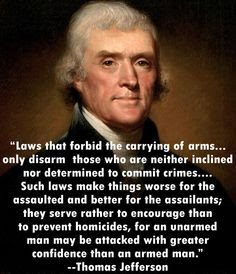 No one in the United States of America should ever be punished for the crimes of others, yet with their tendency to utilize the victims of tragedies, the Gun-control lobby has hammered away at the NRA and the Constitution, falsely asserting Guns as a major problem in america. Instead of fixating upon the couple thousand deaths by shootings in America that would in all reality just be replaced by stabbings or other forms of homicide as is the case in countries like the UK in which people do not have access to firearms in any convenient manner, yet the violent crime rate is still between 4-6 times higher than America, we should celebrate the fact that we are the only Nation upon this earth that has the Constitution to protect our right to bear arms, there is no other nation with a Second Amendment, and thus when the Government makes inroads upon our one right that protects us from an oppressive Government that is all too likely to form, Americans should be angry at the government for even suggesting we ban Semi-Automatic Rifles. In fact it's ridiculous that we are even focused on Semi-automatics, Assault Rifles make up about 2% of Gun deaths in America, and 1% of shootings overall, Handguns are the most commonly used firearm in shootings.

Since when did Americans put so much trust into government. Our Constitution is so clear on our god-given rights because the Founding Fathers knew that Governments have a tendency of going tyrannical and oppressing the rights of Citizens, those in the Gun-control lobby that would deny this truth are not only wrong, but they deny the wealth of evidence throughout history that states that whenever a Government is becoming large enough that it is approaching a point in which one bad decision may result in mass oppression, the first action that government partakes in is disarming its citizens. Americans have always had the second Amendment not as a right to defend their house from ordinary criminals, or as a right to hunt, but rather as a right to protect themselves against the government if it ever should come to that. 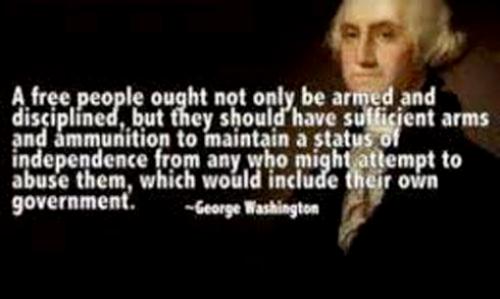