A well regulated Militia, being necessary to the security of a free State, the right of the people to keep and bear Arms, shall not be infringed.
-United States Constitution, 1791

The Idea of a somehow fluid constitution is one that permeates large expanses of the left wing, and nothing is more targeted under this erroneous theory than the Second Amendment. By fluid I mean the theory of a living Constitution, a Constitution that adapts and changes to meet the new circumstances in which it exists. This sounds all well and good, and in one sense the constitution is living, adapting through amendments like the 19th amendment to give women the right to vote, yet this idea is perverted by those who would like to mangle the Constitution in order to fit their wants. 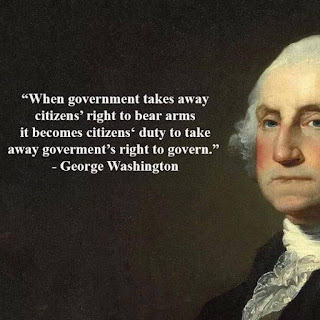 The Constitution is not fluid when it comes to already passed amendments, and the only point of arguing to reinterpret Amendments, or to change the wording of them is to make concessions to a large and growing government. The fact is that every Government ever, when left unchecked, will grow and usurp individuals rights in the name of temporary security or comfort, the federal Government is a hungry wolf and was originally only intended to scare off predators, aka Great Britain and other potential threats, thus giving states the security and right to govern themselves. As Benjamin Franklin said, "People willing to trade their freedom for temporary security deserve neither and will lose both".

"The only thing that will ever come from continued concessions on the Second Amendment is a growing government and a weakening individual."