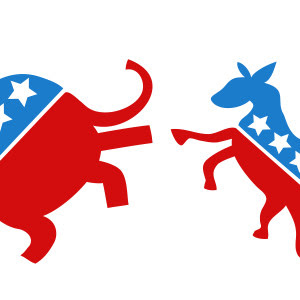 In the wake of a series of bomb scares, all of which were targeted at Democratic politicians, right wing conspiracy theorists created elaborate narratives all aimed at avoiding responsibility for the mail bombs, all of which never actually exploded and some of which didn't even have the capability to explode. It seems to me that ideological pride has blinded both left wing accusers and right wing conspiracy theorists in this whole terrifying example of dangerous political sectarianism.

the leading conspiracy theory put forward by some theorists is the idea that these bombs were all part of a false flag threat meant to detract from republican momentum in the midterms. This theory has enticed many Americans who see the many flaws in this bomb threat. If the idea of the bomber was to harm democrats in the midterms, the worst way to do so would be to detract from the positive media coverage of the strong economy which Americans and economists largely attribute to Republican policies in exchange for coverage that only engendered sympathy toward democratic politicians. Furthermore the incapability of the bombs to even explode suggests that either the bomber was incompetent which seems odd since the highly coordinated dispersion of bombs across the country directly to democrats seems incompatible with incompetence, and suggests that there was no intention to kill, which if there is no intention to kill, then what was the intention? This theory brings up many compelling  points and actually seems persuasive to me, since the nauseating assaults on Kavanaugh by Democratic Politicians, I questioned what the limit of their hunger for power was, yet as much as I would like to be able to revel in the blame being placed on the opposition party, basic morality and reason restrain me from accusations without sufficient evidence. First of all the theory that these bomb threats were a false flag has to assume that the bomber was intelligent and sane and that they did all this in hopes of swinging momentum to democrats, in my experience, someone willing to send bombs to politicians lacks sanity. When the actual suspect was caught, it first seemed to suspicious to me because his truck was so ridiculously covered with pro-trump stickers that it seemed like a setup to me, but then it came out that he had attended trump rallies as far back as 2016. If this is all a conspiracy, its an amazingly elaborate conspiracy. 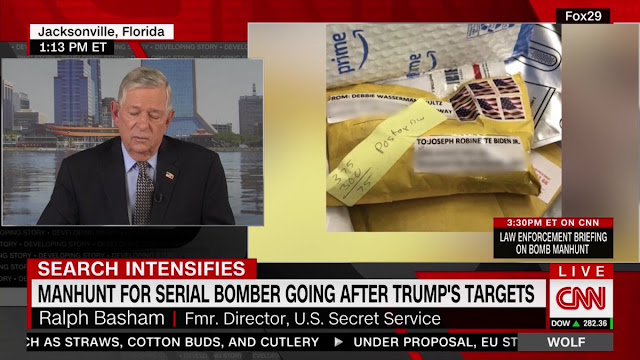 On the other side  of the aisle, left leaning news sources such as CNN have done their very best to paint these bombs as the direct result of Donald Trump's ascent to the presidency. The CNN chryon described the bomber as going after "Trump's Targets". Any neutral bystander would easily take this the media corporation hinting at Trump's culpability in the targeting of Democratic Politicians. The attempt to place blame on any individual other than the actual bomber is a political assault and the result of hyper partisanship that places scoring political points over the truth. I would suggest that unless the politician explicitly calls for violence against someone, any attempted assaults on that person can not fairly bring condemnation on that politician, indeed I would argue two points.

1: There is no need to explain this attack away as a false flag. Conspiracies in this context, without the proper evidence are merely an attempt to avoid responsibility, which leads to my next point.

2: Neither side needs to feel any sort of responsibility. While this bombing is undeniably a manifestation of today's political polarization, it doesn't mean that one political ideology needs to accept responsibility for the actions of a madman.

This bomber is a terrorist, not an average republican nor a conniving democratic activist. Rather this should be seen as just another example of why we need to reestablish the pillars of civilization that held polarization at bay. Politicians constantly come out after attacks like these with calls such as "we all need to come together" before promptly returning back to their political career of demonizing opponents and focusing on reelection. Today's america is so deeply divided that most districts lean towards one party or the other by a massive margin which means that people of one belief system barely ever have to engage with their ideological opponents. distaste for that which we don't understand is heavily at work and displayed as republicans see democrats as america-hating socialists and democrats see republicans as racist, sexist, homophobes, without interaction, without serious debate that leans upon discussing ideas rather than drawing cheers or laughter from the audience, Americans cant come together and it doesn't matter how much politicians call for unity.