The Democratic Party and Infanticide 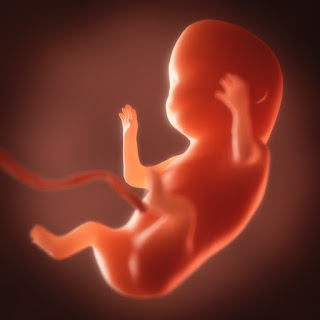 Gilbert "So where its obvious a woman is about too give birth, she has physical signs that shes about to give birth, would that still be a point at which she could request an abortion if she was so certified? She's dilating."

Tran "you know that would be a decision that the doctor, the physician, and the woman would make."

Gilbert "I understand that. I'm asking if your bill allows that"

Tran "My bill would allow that yes."

The terrifying fact that some Democrats don't ascribe human value to a child merely because it is a certain amount of centimeters away from being delivered is insane. This is clearly no longer a discussion of viability, if a child is moments away from being delivered, there is no question of viability. When Abortion critics predicted that Roe V Wade would lead to the devaluation of human life and eventually infanticide, they were not wrong. Tran here is pushing a bill that calls for the legalization of murdering a fully developed baby just moment from it being delivered. And not only that, The Virginia democrats supported this bill, not just Tran. This isn't an issue relegated the depravity of Cuomo in New York, or the politics of California, this is happening in Virginia. And Northam, the governor of Virginia, came out an defended Tran.

The Governor of Virginia just stated that once baby is born and resuscitated, then the parents can discuss whether to end it's life.

Infanticide: The crime of killing a child within a year of it's birth.